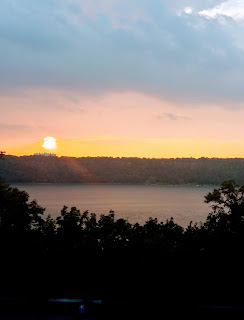 When was the first time all you dreamed fell from your fingers burning as much as they itched? When you learned how to swim beneath unruly waters rough terrains grabbing shoe leather sharp edges slashing your consciousness into an alien shape. That rivers, oceans, creeks, rain, snow, heat and dust shaped a life you desired but never imagined? You could not make sense of it although sense it did make at certain points. People confounded you most of all. Your identity changing as quickly as the landscape now a prison now the utmost freedom swirling as leaves tossed by autumnal expanses. Mapmakers could not help you although their illusion of presence always tricked you into believing that the plan was to be had, the path could be followed. You tumbled and tumbled refusing to relent, reframing the erstwhile rage redirecting the pitfalls of womanhood dashing objectives, reorganizing intentions, slapping the harshness of the world. Exhaustion, bewilderment, destitution could never hold. You saw something beyond the stage of absurdities. Something above the repetitious facts of living. A buoyant belief past loud mouth obstacles. Daggers that could not kill. You cut the lariat instead. Moving past the unfathomable. Gypsy ghost conjurer of the next move. That’s all you have, isn’t it?

Early days. They took your flesh. You took their minds. You merely wanted a place of shelter. Nothing without a price. Every cafe, bar, bistro lurked with lascivious distance. The family without connection where the dead were barely buried. Ideologies ridiculous. Sweeping gestures of no consequence. In the end, there is no end. They say we are all one both now and forever but you cannot believe it. Slinger without a posse. Brilliance without a subset. You stand on shifting slate bound by bedrock. That is the gift. Perspective. Perhaps. Resilience. Maybe. Brave. Not quite. A problem solving gait across the wide world. Where did you come from? The ether induced carousel. Colorful atoms the first hallucination. What you see is not all there is. The sun heats the terrain unevenly. Vapor travels. Another day another narrative.

Beneath every cycle lies a pattern of no return. Epochs define. Determination defends. You work with what is there. What is there works on you. You drink your coffee relax to jazz for a brief moment before the intrusions begin again. Another game to fix in space. To make it bearable. No one holds the cards forever. You relinquish the need to have your turn. You prefer shadows to open wounds. Those lackluster cults of personality evaporate faster than water on a skillet. All that adjusting broke your concentration. Freedom evades the seeker more costly than the heavens underrated spasmodic untouchable. Sorrow grows on the climber as surely as the river overflows. Later it dries up. The contest begins again.

Posted by combustiblealchemist at 11:35 PM No comments: